Most people have the experience of overeating now and again. Maybe you’ve gone back for seconds (or thirds) at Thanksgiving or ate a whole pizza during a Netflix marathon. It’s easy to consume an unusually large amount of food when you’re caught up in the festivity of the holidays or mindlessly munching out of boredom. And occasional episodes of emotional eating, while not as therapeutic as they may seem at the time, are relatively commonplace.

However, when you frequently overeat to the point of discomfort and feel powerless to stop or control yourself, you might have an eating disorder known as binge eating disorder.

What is Binge Eating Disorder?

Binge eating disorder, or BED, is one of the newest mental health conditions to be formally recognized by the Diagnostic and Statistical Manual of Mental Disorders (DSM). Patients with BED typically binge or eat a large amount of food in a relatively short amount of time, to alleviate negative emotions. Binge eating is different from emotional eating in that it occurs regularly, and patients often feel they have no control over their actions.

Binge eating is often associated with another eating disorder, bulimia nervosa. Mental health professionals characterize bulimia as an episode of compulsive overeating followed by an attempt to purge the body of the food’s effects by fasting, vomiting, or over-exercising. With BED there is no purging. Although, as with bulimia, a binge is also usually followed by feelings of guilt, sadness, or shame. In this way, BED is a vicious cycle; negative emotions lead to a binge, which results in more negative feelings.

Eating disorders like BED can be caused by several different factors, including genetics. However, while a family history of binging may increase your risk of developing BED, other conditions may trigger the behavior. Depression, stress, and anxiety, eating habits learned in childhood, extreme dieting, self-esteem issues, negative body image, and existing obesity are all risk factors for developing BED.

BED is associated with significant physical and psychological health risks. Up to two-thirds of people with BED are obese. Obesity and weight gain are definite risks for anyone at a healthy weight who develops BED. As a medical condition, obesity increases a patient’s risk of heart disease, high blood pressure, stroke, and type two diabetes. BED can also cause problems with sleep and fertility and may even be associated with substance abuse.

How common is Binge Eating Disorder?

According to the American Psychiatric Association, at any given time, several million people are suffering from an eating disorder. The three main types of eating disorders are BED, bulimia nervosa, and anorexia nervosa, although there are several other conditions in this classification.

BED typically starts in adolescence or early adulthood and most often affects women between the ages of 12 and 35. In the United States, 3.6% of women will suffer from BED at some point, while only 2.0% of men will do the same.

Eating disorders are psychiatric disorders because they are accompanied or caused by psychological distress and are not just about food. BED is characterized by both behavioral and emotional symptoms.

Although there are no identified subtypes of BED, the severity of the disorder can range from mild, which is typically one to three episodes of binge eating each week, to extreme, which can be 14 or more episodes per week.

Do I have Binge Eating Disorder?

Occasionally overeating or experiencing one or two of the symptoms listed above doesn’t mean you have BED. Physicians and mental health professionals diagnose BED when a patient has had at least one episode of binge eating each week for a minimum of three months.

Cognitive-behavioral therapy (CBT) has had excellent long-term results for patients with BED. One study found that after 20 sessions of CBT, 79% of patients no longer binged, and 59% of those were still successful after one year. CBT analyzes the negative feelings, thoughts, and behaviors related to food, weight, body shape, and body image and develop strategies to change them.

Other approaches are dialectical behavior therapy (DBT), which teaches patients to regulate their emotional responses without binge eating, and interpersonal psychotherapy (IPT), which identifies and deals with unresolved interpersonal problems that may be causing the binges. IPT has been particularly effective for people with lower self-esteem and more severe BED.

A good therapist can help you develop a healthier attitude toward food in addition to better eating habits like mindful eating, or focusing on what you’re eating rather than merely consuming it. With therapy, you’ll learn to identify your binge triggers and deal with them in other ways. Your therapist may also help you find a support group so you can interact with others suffering from BED.

Diagnosis and treatment of BED or other eating disorders can be overcome with the help of mental health professionals. Don’t let these common barriers get in your way:

Your first step to recovery is to schedule an initial appointment with a licensed therapist or mental health professional easily using With Therapy’s innovative and user-friendly tool.

Typical online therapist listings are overwhelming, seemingly endless, and severely lacking in the details you want when looking for a mental health professional. With Therapy is a matchmaker service that uses science to pair you with a personalized shortlist of therapists.

You’ll start by finding therapists who are available when and where you are. Then you’ll be able to narrow down your list with preferences like what you think would be helpful for your treatment—for example, someone who specializes in or has experience treating eating disorders. With Therapy will also take into consideration demographic considerations like the race, gender, or sexual orientation of your preferred therapist.

Best of all, once you’ve found your perfect therapist, you can schedule an appointment with him or her immediately, directly through the With Therapy website. No additional URLs or phone calls are necessary.

If you’re ready to address your binge eating or symptoms of another eating disorder such as anorexia or bulimia, check out With Therapy to find a specialist therapist. 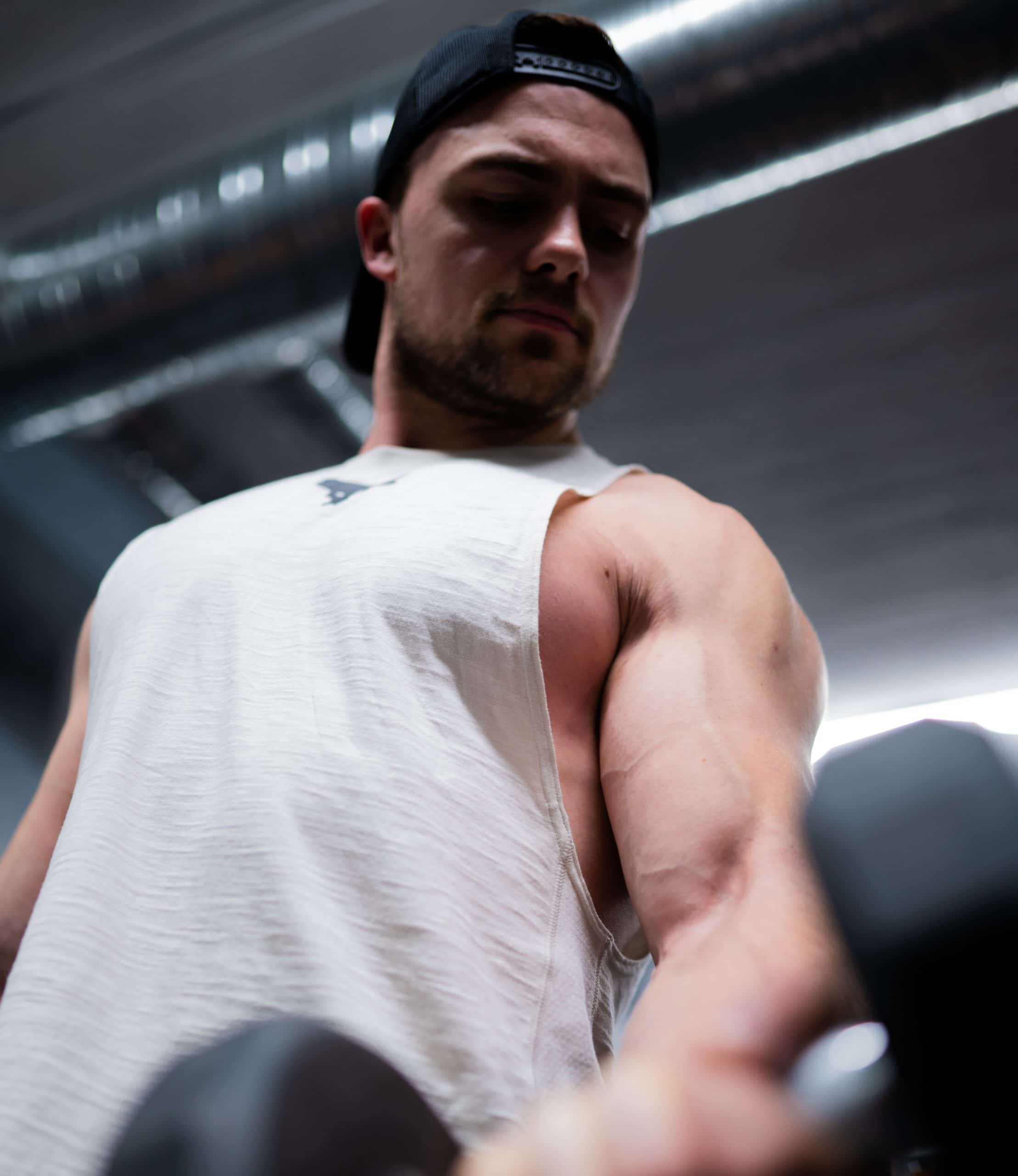 No one is born with a negative body image. However, people can begin developing dissatisfaction with their physical self at a young age. Whether it’s weight, height, body shape, facial features, or some other aspect of their body, most everyone has an inner critic who feels they could do something to improve their physical appearance. 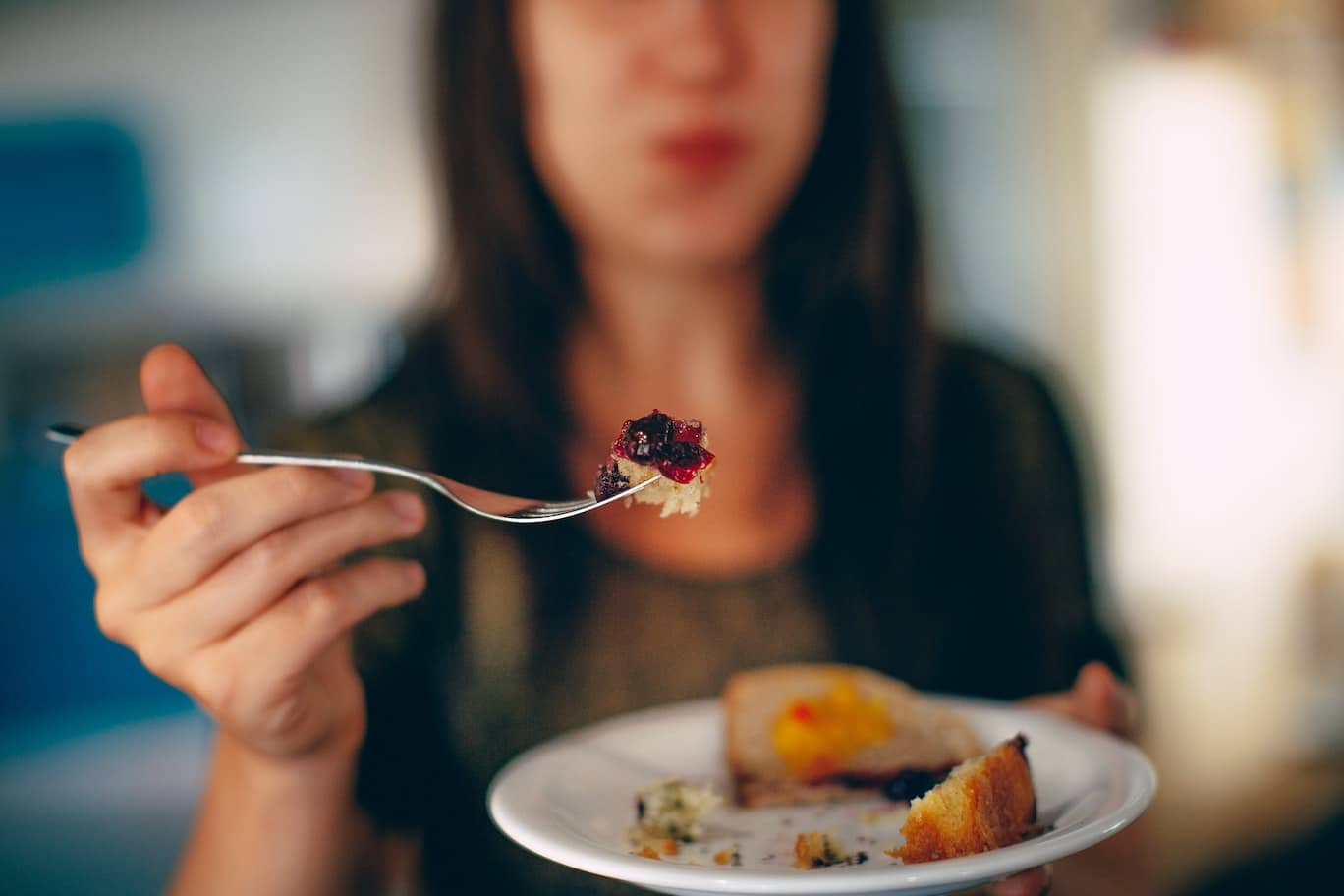 What are Eating Disorders?

Eating disorders are a group of mental health conditions associated with an unhealthy relationship with food and body image. This can be eating patterns that involve food restriction, fasting, avoidance of large amounts of food, excessive exercise, extreme dieting, binge eating, or combinations of any of these behaviors.